Students make or break a college social environment.Nowhere else is this as true as Connecticut College.With students representing forty-five states and thirty -five foreign countries,and approximately ninety-eight percent of undergraduates living on campus,the social scene can  be lively and varied.A Friday evening may include attending a dance performance in  Cummings Arts Center,followed by a Comedy Club routine in the student center.Parties are to follow,of course,although Saturday night's roar is usually heard the loudest.
With more than fifty -five student organizations on campus,students never fall short of ways to be involved.If you do,then feel free to start the fifty-sixth student organization!Join Student Government,or the Ballroom Dance Club.Start your own jazz band or contribute to The college Voice,or better yet,one of several student -run magazines.Engage in dynamic discussions in la Unidad,the Latino/a-American student organization,or UMOJA(African/African-American student organization).Make your voice heard,participate in Feminist Majority,or pitch in on the college's own radio station,WCNI-FM.
In addition,the dance,theater,music,and studio art departments pride themselves on out standing student performances,yet Connecticut College works to include other ways of artistic expression under the umbrella of "the arts."For example,in recent years film studies,museum studies,architectural studies,and the nation's first undergraduate certificate program in art and technology are increasingly popular among Connecticut Colledge students.And there are a number of ways to let your creativity flow.Connecticut College hosts a number of guest artists throughout the year as well.Situated between Boston and New York City,Connecticut College rests in a prime spot to attract artists and performers of every kind. 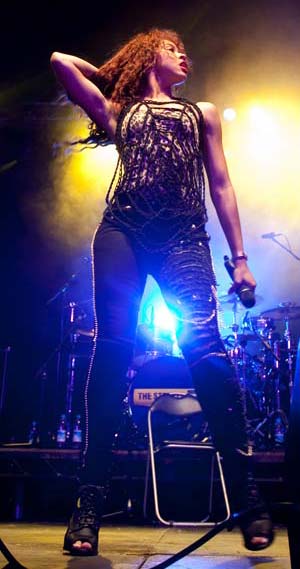