How Obama’s Action on Immigration Will Affect Higher Education 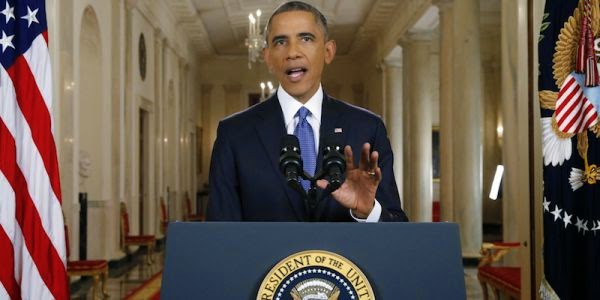 President Obama gave a shout-out on Thursday to immigrants fighting to stay in college: "I’ve seen the courage of students who, except for the circumstances of their birth, are as American as Malia or Sasha; students who bravely come out as undocumented in hopes they could make a difference in a country they love."

President Obama’s decision to extend limited legal status to up to five million of the nation’s 11.4 million immigrants who are in the United States illegally will open the doors to college to more people. But Republican governors who are fuming on the sidelines may try to stand in the plan’s way. Here’s a look at what colleges can expect:

What higher-education benefits are at stake here?

Beneficiaries of Mr. Obama’s executive actions will be eligible to apply for cheaper, in-state tuition and state scholarships in many more states, but federal student aid will still be off the table.

Many will also be eligible for driver’s licenses, Social Security cards, and work authorization, making it easier to commute to campuses and participate in internships and work-study programs, said Michael A. Olivas, a professor of law and a national immigration expert at the University of Houston.

Being able to work legally at part-time or summer jobs will make college more affordable to them. And students will be able to travel outside their states without worrying about being deported when they show up at the airport.

Who will the new benefits apply to?

Most recipients will be parents of U.S. citizens and legal permanent residents who have been in the United States at least five years and have not committed serious crimes. Many of them are above the traditional college-going age, but some are likely to pursue a higher education to get better jobs and provide financial security for their families.

Another group to benefit are the siblings of the so-called Dreamers, young people who were brought to the United States illegally as children. A 2012 executive order known as DACA, or Deferred Action for Childhood Arrivals, gave them a temporary reprieve from deportation and allowed them to get work permits and Social Security cards.

But the program applied only to those under the age of 30 who arrived in the United States before they were 16.

The president’s actions will lift those age restrictions. People can obtain deferred action by enrolling in college, so community colleges may see an influx of new students who are interested in adult basic education, certificate programs, and degree programs.

Cesar Vargas, co-director of the Dream Action Coalition, a group that lobbies on behalf of Dreamers, said his 35-year-old sister, who was too old to qualify for the 2012 presidential action that helped spur him through law school, will be able to give up her waitressing job and attend college.

The president, in a televised address on Thursday night, gave a shout-out to the young immigrants who he said are fighting for the right to study and contribute to American society. "I’ve seen the courage of students who, except for the circumstances of their birth, are as American as Malia or Sasha; students who bravely come out as undocumented in hopes they could make a difference in a country they love."

While the parents of youths born in the United States will be covered, the parents of Dreamers, who have only a temporary reprieve, will not. That’s a huge disappointment to people like Erika Andiola, a graduate of Arizona State University who has been fighting her mother’s deportation to Mexico.

"When we first heard about the plan, my mom asked me if she should start getting prepared, and I had to say, ‘Mom, there’s a possibility you won’t be included.’ That’s hard to take," said Ms. Andiola, the other co-director of the Dream Action Coalition.

Still, there’s hope for many of them, according to Michael Fix, president of the Migration Policy Institute. About 70 percent of the young people who received deferred action have siblings who are legal citizens, he said, so their parents will get legal protection through them.

That still sounds as if many people could be heading to college. What factors might limit that result?

For one thing, at least 18 states, including those with the biggest percentage of immigrants in the country illegally, already offer in-state tuition to such immigrants, and a smaller number provide them with financial aid. The order would extend those tuition and scholarship benefits to the rest of the states. Some Republican governors who are angry about the executive order have vowed to block benefits like tuition breaks.

Another potential roadblock is a requirement in some states that discounted tuition and scholarships go only to people who graduated from high schools in those states. That would exclude many of the beneficiaries of the president’s plan who attended high schools in their native countries.

Any changes that will affect college graduates?

The president’s actions will strengthen and extend on-the-job training for foreign students studying science, technology, engineering, and mathematics at American universities, according to a fact sheet the White House released on Thursday evening. The changes will affect what’s known as Optional Practical Training, temporary work that is directly related to a student’s major.

"Are we a nation that educates the world’s best and brightest in our universities, only to send them home to create businesses in countries that compete against us?" Mr. Obama asked in his televised address. "Or are we a nation that encourages them to stay and create jobs, businesses, and industries right here in America?"