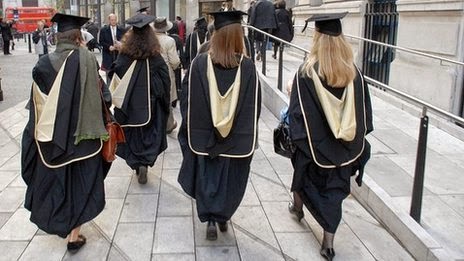 The funding system for England's universities of tuition fees and repayments is the "worst of both worlds", says an independent study.
The Higher Education Commission has cast doubt on the long-term financial sustainability of the current system.
It warns students are paying more but the government is still writing off high levels of student debt.
"We have created a system where everybody feels like they are getting a bad deal," says the study.
The Higher Education Commission was set up to create a better informed debate on the university sector, with representatives from education, business and political parties.
This study from the commission has examined the sustainability of the financial arrangements for England's universities, taking evidence from 60 expert witnesses.
Student debt
It has produced a highly critical report on the current arrangements - but admits there is no "magic bullet" in trying to design a better alternative.
The report says that the funding arrangements are unsatisfactory for students, universities and the government.
"The current funding system represents the worst of both worlds.
"The government is funding higher education by writing off student debt, as opposed to directly investing in teaching grants," says the study.
"Students feel like they are paying substantially more for their higher education, but are set to have a large proportion of their debt written off by the government. 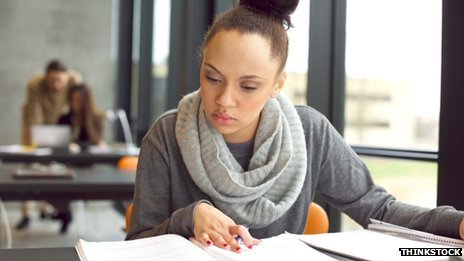 The commission is concerned that so much is spent on writing off student debt
"Universities are perceived to be 'rolling in money' in the eyes of students, as their income from tuition fees has tripled, yet the cuts to the teaching grant are not well understood by students and a fixed fee cap means an annual erosion of real terms income.
"We have created a system where everybody feels like they are getting a bad deal. This is not sustainable."
Repayment costs
The inquiry was chaired by Ruth Thompson, former director general for higher education at the former Department for Innovation, Universities and Skills, and Lord Norton of Louth, professor of government at the University of Hull.
The commission's report says it is particularly concerning that graduate "middle earners", such as teachers, will be unlikely to pay back their student loans within the 30-year repayment period. 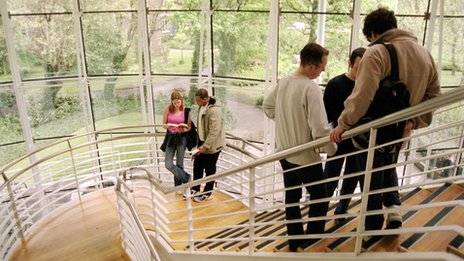 There are no "magic bullets" for university funding, says the report
The commission says that it "fundamentally questions any system that charges higher education at a rate where the average graduate will not be able to pay it back".
The study suggests a range of alternative measures - and highlights that they would each have negative as well as positive consequences.
Balancing act
"Striking the balance of contribution between students, universities and government is fraught with difficulty," said Lord Norton.
"What is clear is that the current balance is far from assured."
The National Union of Students has published its own "roadmap" for shifting the burden away from individual students to public funding for higher education.
"Forcing debt onto students as a way of funding universities is an experiment that has failed," said NUS vice-president, Megan Dunn.
A spokesman for the Department for Business, Innovation and Skills said the government would "look closely at the findings from the commission".
"The UK enjoys a world-renowned reputation for the quality of its universities, which we have protected and enhanced through our reforms.
"In fact, the OECD recently described the UK as one of the few countries that has developed a sustainable funding system for its universities."