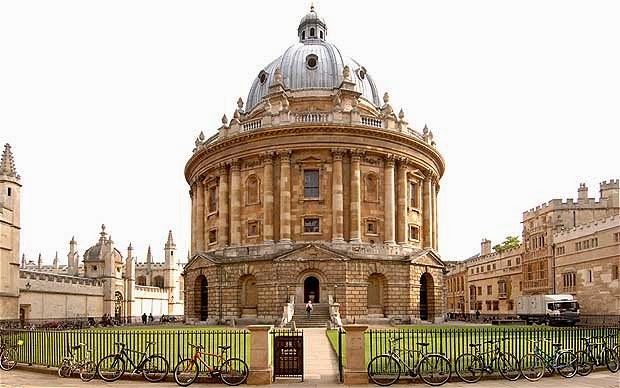 A referendum of students at Oxford University has been declared void, following allegations of serious electoral malpractice during a vote on whether Oxford should remain affiliated with the National Union of Students (NUS).
Following the result, which saw the ‘No’ campaign win by a slim margin of 1,652 to 1,780, students raised concerns that a thousand votes had been faked.
A committee at Oxford University Student Union (OUSU) later announced that the election was invalid, when it was revealed that around 1,100 ‘spare’ unique voter codes were used online during the referendum.
It now appears that around 70 per cent of students voted for the ‘Yes’ campaign.
The allegations emerged after weeks of campaigning over whether OUSU should maintain its link with the NUS, the body which represents seven million students across the UK.

Following the result last Wednesday, suspicions were raised after an unexpectedly high turnout.
Jack Matthews, who led the ‘No’ campaign, submitted a complaint alleging “serious irregularities” as it appeared that large numbers of ‘No’ votes had been cast in clusters, close to the deadline.
On Saturday, a joint statement by the leaders of both the ‘Yes’ and ‘No’ campaigns said: “We are both concerned that the result of the referendum did not accurately reflect the views of students.
“We await the decision of the junior tribunal, and will be working together over the coming weeks to ensure that the democratic principles of OUSU are upheld.”
In a statement, Mr Matthews said: “Since I’ve been involved in the student movement, one of my core convictions has been student democracy, and ensuring that what students want is at the heart of everything we do.
“It is because of this that I have sought to overturn the result of this term’s NUS Referendum.”
He continued: “If there is one lesson that can be learned from this, it is that there is always a need for those who will challenge the powerful, hold the elected to account, and work to uphold our rules.”
In the wake of the announcement, returning officer, Alex Walker, a second year chemist, resigned his position.
In a letter posted at the university student union, he said his position was “no longer tenable”, commenting: “The grave situation with the NUS referendum happened under my watch.
“Although we do not currently understand how this happened, I do not believe that I should continue in this position.”
Oxford University has hinted that students could face disciplinary action if the allegations of malpractice are proven.
A spokesperson said that the Proctors, the officials responsible for maintaining university rules, "are aware of the complaint made to OUSU and are monitoring developments."
A decision on whether to hold another referendum will take place today at OUSU Council, the main decision making body of Oxford's student union.
Tom Rutland, president of OUSU and the leader of the ‘Yes’ campaign, said he was "pleased" the result had been overturned, commenting: "I will be bringing a motion to the union council to reaffiliate to NUS later this term."
A spokesperson for NUS said it was “disappointing” to hear the allegations of malpractice but said: “We congratulate those at OUSU on the swift action they took to ensure they were investigated and their decision to uphold the union’s democratic principles by declaring the result invalid."